Eating disorders, such as bulimia, binge eating, and anorexia, are among the various mental health conditions with the highest death rates. Moreover, it is estimated that around 8% of the U.S. population suffers from an eating problem, with at least 30 million persons of all age groups and genders being diagnosed with one. Recent reports also say that there has been a significant increase in eating disorders among teenagers due to the COVID-19 pandemic. However, despite the widespread cases and advances in studies on the subject, these disorders continue to be misconstrued by the public.

Unfortunately, the pervasive misunderstandings of mental illness make it more difficult for individuals with such conditions to seek the care they need to make a full recovery. Below are some of the misconceptions on these issues.

It focuses mainly on food.

People suffering from eating disorders often have an excessive obsession with their weight and the food they eat. However, the signs of an eating problem can manifest themselves in various ways other than foods. Many science-based investigations have established similarities of eating disorders to being a perfectionist and having obsessive-compulsive traits. Although many patients claim that eating disorders first allow melancholy and anxiety to reduce as the condition advances, malnutrition induced by such behaviors can ultimately exacerbate despair and fear, impairing many parts of life.

Those with severe eating problems, patients with dysphagia, or trouble swallowing, may also develop malnutrition. Thus, in emergency scenarios, the administration of IV treatment is required immediately to counteract the patient’s deteriorating health.

Significant underlying factors cause mental illnesses, and eating disorders are not an exception. In contrast to popular belief, this mental health issue is akin to anxiety, bipolar disorder, depression, and schizophrenia in its severity and frequency. People who acquire eating disorders are not doing so on their initiative. Instead, significant underlying pathological reasons compel them to engage in the self-destructive practices caused by such disorders.

A sociocultural component, such as the ideal body image glorified by the media, peer pressure, taunting, and bullying, are also environmental triggers for some. Additionally, eating disorders may run in families since genetic predispositions render people more susceptible to eating problems than other people. 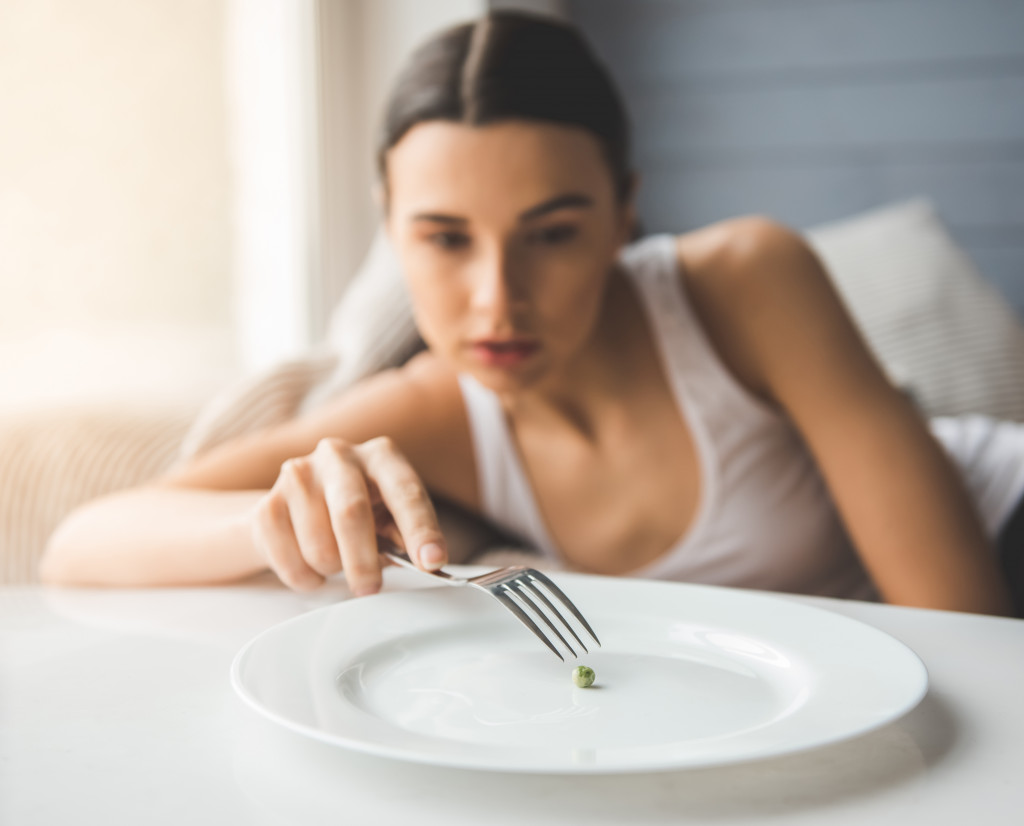 Historical records indicate that religious fasting was related to some of the initially reported occurrences of eating problems. Extreme diet is a flawed approach to lose some weight. While some people who go on tight diets may acquire an eating problem, it has a deeper root cause that is more than simply a compulsion to consume large amounts of sugary beverages.

Most of them have issues with self and body image, and they use their fixation with eating to compensate for the core problems they are experiencing. Thus, extreme diets are often considered harmful since they have unreasonable requirements, objectives, and goals.

It’s easy to recognize them.

Persons with food issues may be malnourished, average, or obese. Because of this, the public and the media depict young girls who are underweight as the prototypical example of one who is suffering an eating problem. Yet, anorexia is the only one that fits the category. Out of 65% of people suffering from bulimia nervosa exhibit “normal” bodyweight; some are even overweight.

Furthermore, the diagnoses of compulsive overeating do not include any constraints on body type or weight.

I can’t help them.

Research continues to show the reverse truth: parental participation in treating children’s eating disorders can boost opportunities for recovery. Certain types of treatment require parents to assume temporary control of the kid’s food and supervise binging until the first healthy body weight is attained and regular eating habits are formed.

In addition to providing emotional support, family and friends may assist the individual by helping in the reduction of anxiety about eating and reassuring them that they are so much more than their sickness.

The media is continuously pushing the superficial need to be attractive and skinny into our culture. While societal influences certainly play a part in the emergence of eating disorders, these mental illnesses are much more complex since there is more than one factor involved. Moreover, many other myths hovering over this disorder have spread across communities through the media, advertisement, and even word of mouth. Thus, it is critical to educate the public and refute these widely held misconceptions.