There’s a good reason people vote the Zion National Park as one of the most beautiful natural places in the United States. This sprawling nature reserve, covering 229 miles, features towering narrow massive stone cliffs that glow in various shades of red and pink in the daytime, providing a majestic backdrop to the blue sky.

The canyon, meanwhile, runs deep at 2,000 feet and offers a variety of hiking trails for all walks of life—beginners to elites. Some scenic paths feed the adventurous soul with thrilling ATV tours.

However, one will never truly appreciate any place as beautiful as this without knowing more about the stories and legends that make it more mystical and enchanting.

The Diverse Topography of Zion

Zion National Park could be any geologist’s playground given its extensive history, a part of which is proudly showcased in its massive rock formations.

According to the National Park Service (NPS), the story of Zion began over 230 million years ago. Back then, its basin was flat and, thus, almost near sea level. However, the materials of the mountain, from gravel to mud, started to erode with streams bringing them to the basin.

The layers began to grow, putting more pressure into the basin that it eventually sank. The top surface now took the space left by the basin.

But times and climates changed, and along with it are the fluctuating sea levels and the presence—and non-presence—of water. All these, which could have spanned for hundreds of years, created a layer of around 10,000 materials.

Meanwhile, the waters, rich in minerals, combined with these compact sediments. Silica and calcium carbonate worked like cementing agents. Time and pressure then solidified the deposits until they became stones. 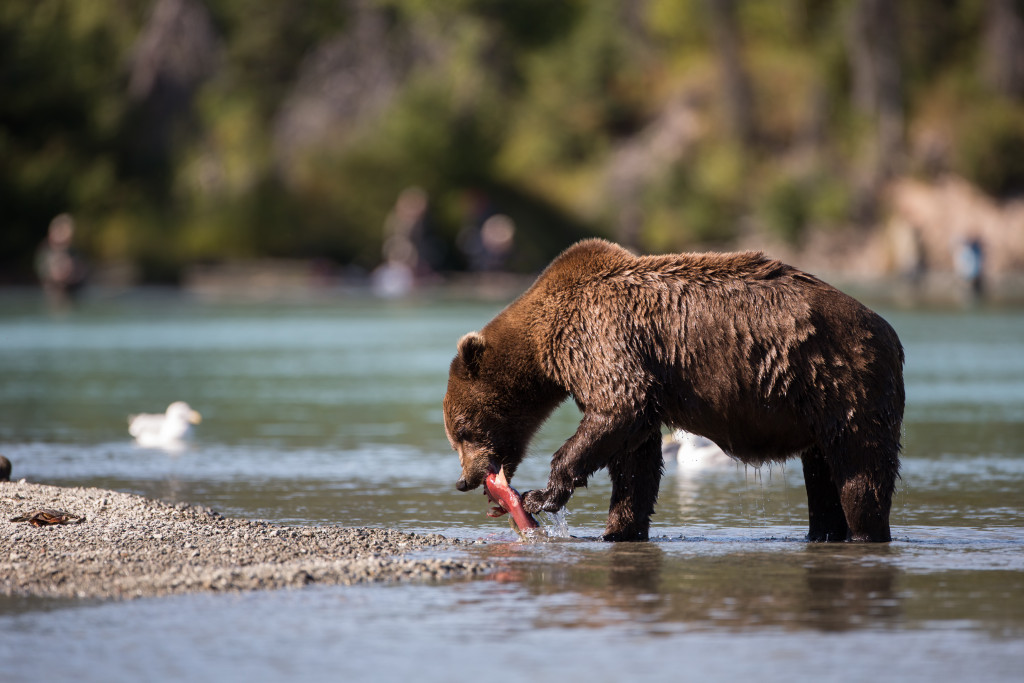 The Inhabitants of Zion

Zion National Park is not only a geological wonder but also a huge archeological site, thanks to its different inhabitants who tried to survive for at least 10,000 years.

One of the most notable tribes was the Anasazi. (Note that some people may find this offensive as it means “ancient enemy” in Navajo.) Author Craig Childs, who explored the last remnants of the group revealed that they were just as advanced as other ancient civilizations like the Mayans and the Aztecs.

During their time, it seemed they maximized their environment. They built grand dwellings, halls, and even stairways that cut across the desert. Each stair was hammed using stone tools but chiseled by hands. Around the canyons are their cliff dwellings, which also bore their artworks.

According to Childs, the Anasazi was a flourishing tribe and was even involved in caravan trading. However, after around 1,000 years, the group stopped building.

Based on his research, the reason could be water. This resource has always been one of the foundations of civilizations from the Nile River that gave rise to Egyptian power and the Indus River where the story of the Indians began.

And so it was for the Anasazi as well. At first, there was enough for all, but the population grew, and being in the desert didn’t help. The community was prone to drought, leaving families malnourished and dying of hunger and thirst. As they needed to live, they packed their belongings and ventured south, hoping to find more water.

Zion is also home to volcanoes—lots of them. In fact, it has a volcanic field called Kolob. Inside the area are cinder cones that might have developed when the earth’s crust weakened during an uplift. It is a process wherein certain natural events force metamorphic rocks to emerge into the planet’s surface.

The kinds of eruptions these cones make are effusive. The hot magma of basalt underneath the earth’s surface moves up, and dissolve gases escape. This allows the lava to flow more rapidly and easily on the side of the volcanoes.

While some of the eruptions happened millions of years ago, some evidence suggested similar events that dated back to 1,000 years before. Based on the remnants, some of the affected places might have been inhabited.

Moreover, Kolob is not immune to nearby earthquakes. The data from Volcano Discovery revealed that a quake occurred on July 20, 2021. However, most of these events are subtle that people won’t feel the movement.

From hiking to camping and riding ATVs, Zion is definitely a playground for those who crave the outdoors and adventure. But there’s more to the national park than these activities. It comes with wonderful stories told by the geological formations and the structures its former residents have left behind.