The current pandemic has driven most of the world’s population indoors. And though many welcomed it at first, we now see the damaging effect isolation could have on children and teens. The number of teen suicides has doubled during the lockdowns — particularly among girls. Fear, anxiety, and lack of social contact can be punishing to young teenagers, and some have broken to the point of attempting to take their own life.

There are biological differences between boys and girls. Neurochemical triggers make lockdowns harder for girls than boys. Boys are mostly driven by dopamine, and girls by oxytocin. Dopamine triggers the brain’s reward centres, evoking euphoric states after finishing a task or winning a competition. This is why boys tend to enjoy video games and tend to be more competitive.

On the other hand, oxytocin is produced primarily through connections. Oxytocin is commonly known as the “love hormone”, and its production is triggered by physical contact and social interactions. Sleepovers between boys and girls are worlds apart. While girls would talk about their feelings and strengthen their bonds by getting to know each other deeper, boys will spend the night playing video games. Lockdowns limit or even eliminate social interactions and thus reduce the production of oxytocin. A sudden drop in oxytocin can trigger depression, anxiety, and even psychotic behavior. Changes in behavior in women due to low levels of oxytocin are documented in severe cases of postpartum psychosis or depression.

The global pandemic is scary; however, the news can make it even more frightening. Social media is more likely to provide sensational claims and misinformation. Most parents should stress that the news can be depressing, but as long as they follow the precautions recommended by medical professionals and following guidelines, they would be protecting everyone they meet.

The best way to manage the troubling news young people see on the news is to have a discussion with them. Acknowledge their feelings, but explain that the situation is not hopeless or desperate. People only need to wear masks, follow guidelines, and stay healthy, and they will surely ride out the pandemic. 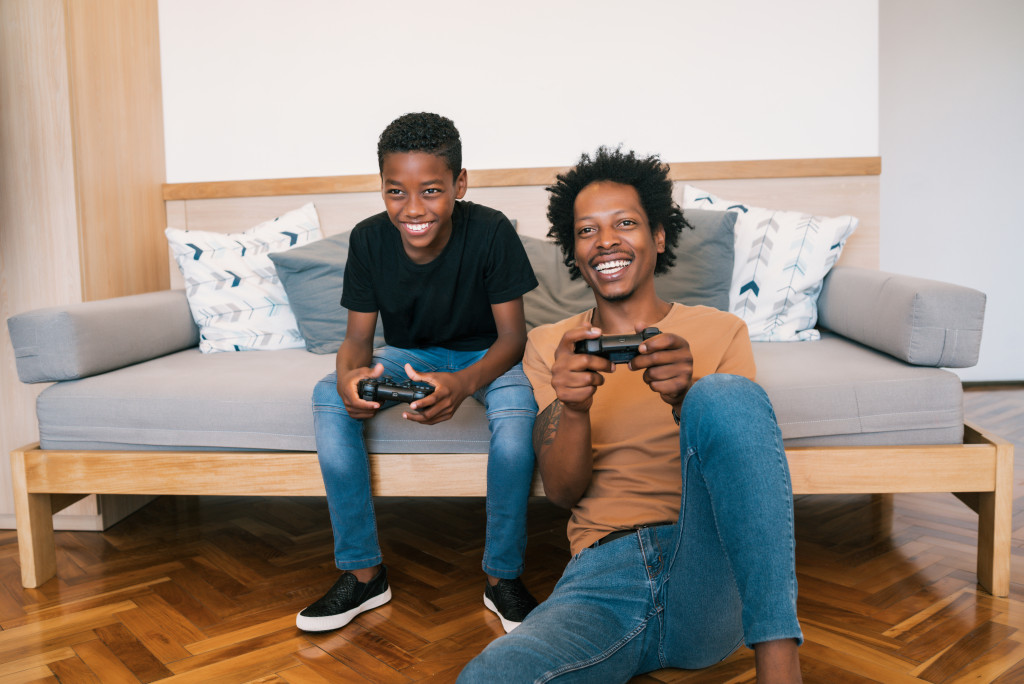 Lockdowns increased the screen time of phones, tablets, and laptops from 6 hours a day to 10 hours a day. Most boys spent their time in games like Fortnight, Minecraft, or Call of Duty. Girls spent their time on social media sites like Facebook, YouTube, Instagram, or Twitter. The constant use of devices to connect to the internet has increased anxiety, loneliness, and compulsive behavior.

Too much gaming often leads to gaming addiction, while constant connection to social media often triggers lower life satisfaction. The use of phones and other devices also reduced the amount and quality of sleep. Children and teenagers were staying up well after 10 pm and increased stress-triggered several sleep problems. Sleep terrors and nightmares doubled, as did sleepwalking incidents. Anxiety during bedtime tripled, as did daytime sleepiness.

Teens can manifest stress in a variety of ways. Some teens will constantly seek attention and validation, while some will sulk in their rooms. Their fear and anxiety can sometimes be seen in the open through crying or nerves, but they can also manifest through eating disorders like anorexia or bulimia. General irritability can turn to boredom. Lack of concentration can turn to disinterest in learning. Drastic changes to your child’s personality and mannerisms are sure signs of stress. Frequent stomachaches and headaches can also be signs of stress. The body’s immune system can take a hit due to stress, making your child more vulnerable to colds and other minor illnesses.

Looking Out for Your Teens

Spend more time with your girls. Daily hugs and pep talks can keep their oxytocin levels up to manageable levels. Assure them that everything will be fine and do your best to assuage their fears by getting the family vaccinated and following health protocols. Note any dietary changes in your kids and take note of any signs of eating disorders. Anorexia might require actual hospital care, but bulimia can be managed with a proper bulimia treatment plan. Bring back the sun (literally) into their lives by encouraging them to take morning walks. Sunlight promotes serotonin production that balances the mood while also providing healthy vitamin D doses that fortify the immune system.

Your little girls need more care during lockdowns. Don’t let fear and anxiety leave them hopeless, and look for signs of deeper issues that might be troubling them.