Known as one of the most progressive and liberal cities in the United States, Seattle has become a popular tourist destination, especially among young people. Once synonymous with counterculture and alternative movements, the city has also gained a reputation for business-friendliness, especially since it is where some of the biggest companies in the world were founded and are still headquartered. It is also home to a thriving startup and small business scene, meaning that many end up visiting Seattle for work matters.

As a result, many hotels are near the city center. Thus, no matter what you come to Seattle for, you can quickly get to see some of the city’s most famous sights. Here are some of the must-see destinations when you visit Seattle:

One of the most defining elements of the Seattle landscape, the Space Needle, as well as the Seattle Center that surrounds it, was initially built for the 1962 World Fair. Since then, it has become one of the most visited attractions in the state of Washington.

Many people visit the Space Needle for the stunning view of the entire city and its surroundings that awaits them at the observation deck at the top. The 360-degree view includes natural wonders like Mt. Rainier, Elliott Bay, the Olympic Mountains, and the shoreline of Puget Sound.

Seattle began as an industrial port, and this maritime legacy can be seen in Pike Place Market. Known for the vendors who regularly toss and sell large salmons, this is the place to go if you want to cook up some seafood. The market also houses over 80 restaurants, bakeries, and specialty food stores where you can go to satisfy your palate, in case you do not have the means to cook your dishes. As the nation’s oldest continually operating public market, many other vendors sell a variety of items, ranging from flowers and crafts to antiques, collectibles, and quirky things. 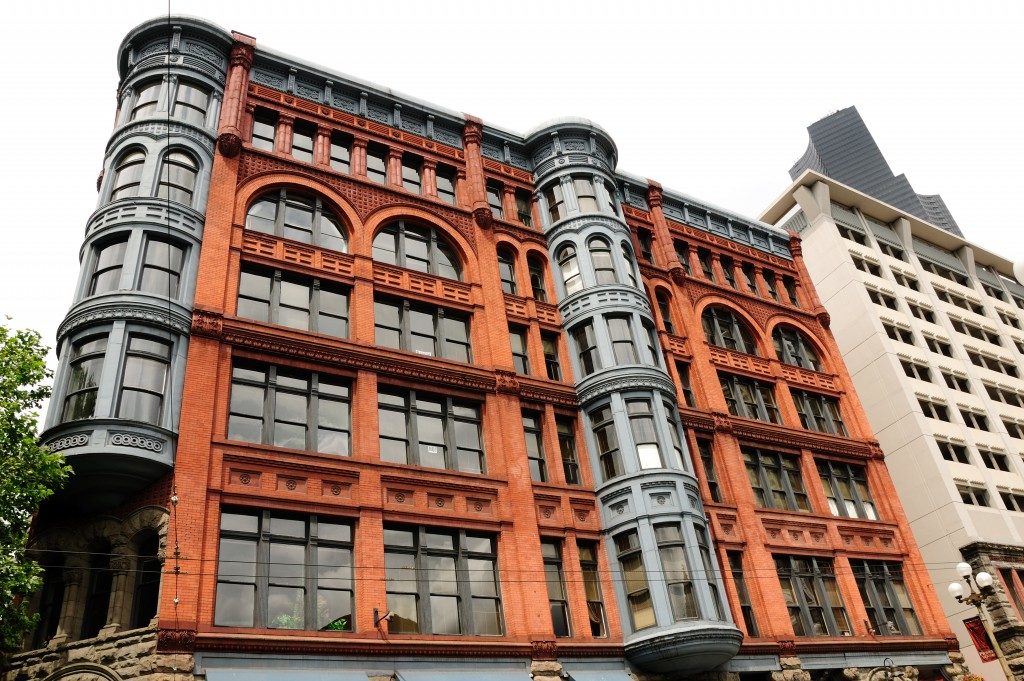 The first downtown area in Seattle, Pioneer Square is the place to go for those who want to step back in time for a little while. Most of its signature, elegant red buildings date back to the late 19th century and are built in the Romanesque style. A self-guided walking tour that starts in Pioneer Square, known as the “Trail to Treasure” also takes you through historic highlights like King Street station and Smith Tower, which was once the tallest building on the West Coast.

In a city that is known for its arts scene, it is no surprise that public art is treasured and valued by Seattle. Located at the edge of Elliott Bay, the Olympic Sculpture Park is open all year-round free of charge. The park features more than 20 art pieces that are set in an ecologically-balanced green area that makes use of sustainable practices like well-maintained landscaping and rainwater collection. Olympic Sculpture Park is maintained by the Seattle Art Museum, which is conveniently located not too far away for those interested in checking out some of the best art collections in the country.

No matter who you are or where you come from, Seattle will always have something in store for you. This is what continues to make it one of the best cities to live in or visit in the United States.