We are fortunate to gaze at the beautiful structures from empires and kingdoms long ago because of one thing. Their builders had been meticulous.

People have been mystified by the exactness of the construction of the pyramids at a time when precise measurements had to be manually done. In the more recent centuries, the quality and beauty of structures that had been preserved were appreciated because of their durability despite the lack of modern technology at the time they were constructed.

Today, we could see what technology and skill combined could produce. From expert masons to experienced roofers, skilled workers used the advanced building methods we now have and created some of the best architectures around the world. Let’s take a tour of some of these famed buildings from around the world.

This performing arts center that costs more than a hundred million dollars took 14 years and 14,000 workers to build. The building has been inscribed into the UNESCO World Heritage Sites list for its architectural merits. The design, by Danish architect Jørn Utzon, won in the international design competition for an opera house. The roof, which comprises ‘shells,’ can be used for multimedia display.

The tallest building on earth, the Burj Khalifa stands at a height of 2,722 ft. Made primarily of reinforced concrete, it was designed by an American architect, Adrian Smith. Sheikh Khalifa, the head of the United Arab Emirates provided monetary aid when its builders met with financial problems. The building was part of a greater development project which included malls and other mixed-use commercial buildings around the area. The building uses a buttressed core to stabilize its structure.

Considered to be a brilliant example of Deconstructivism, the building undulates throughout a 350,000 square feet site. The building made up of glass, titanium, and limestone was designed by Canadian-American architect Frank Gehry with the financial support of the Basque government in Spain. The building was inaugurated by King Juan Carlos I in 1997 and has been under the management of the Solomon R. Guggenheim Foundation.

Jointly designed by Croatian-Czech Vlado Milunić and Frank Gehry, the Dancing House is supported by concrete panels. The effect of the leaning parts of the house is achieved by using curved pillars, curved moldings on the exterior of the building, and unaligned windows. Although not as fancy as the other buildings on the list, the dancing house is popular because of its historical location and its distinct characteristic from the architectures that Prague is famous for. It was supported by then-Czech President, Václav Havel. 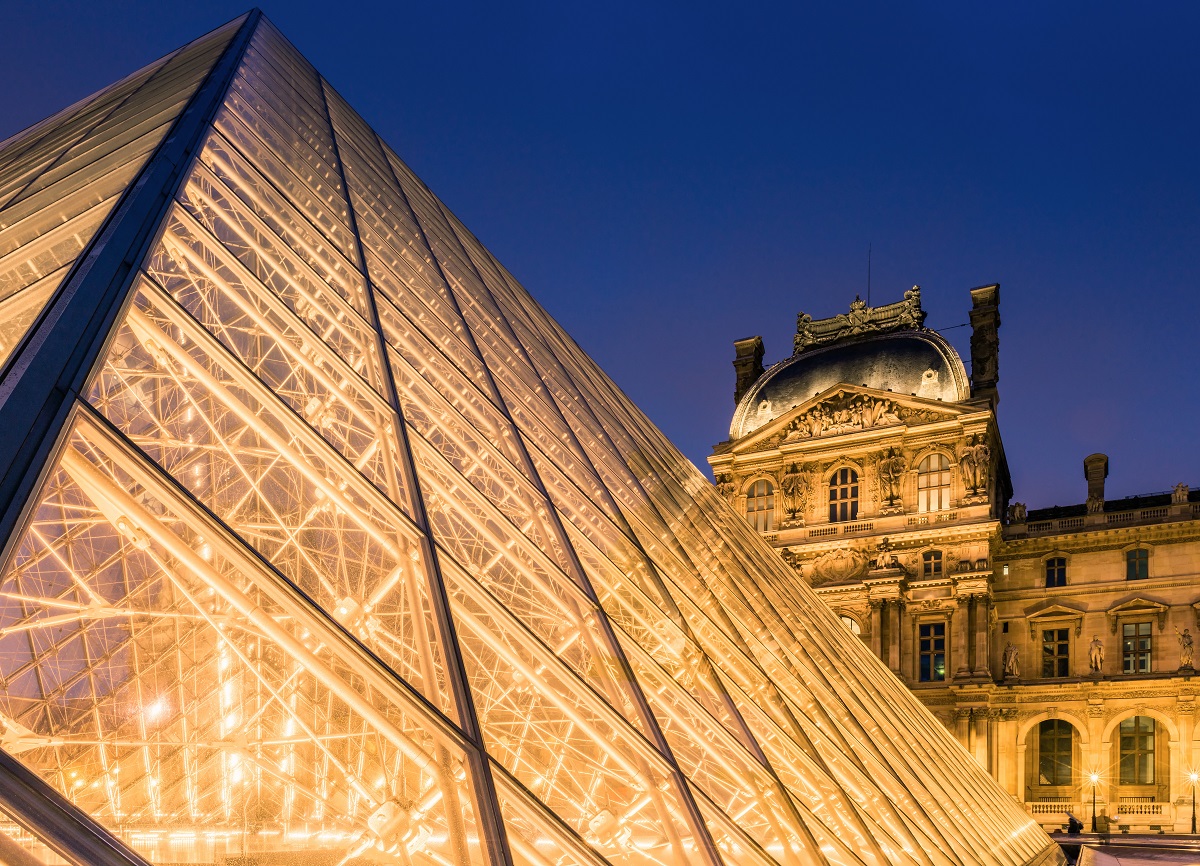 Inspiring controversy at the time of its construction, the Louvre pyramid has now become a tourist attraction on its own apart from the Louvre Museum. Designed by Chinese-American architect Ieoh Ming Pei, it has the same proportions as the Great Pyramid of Giza. This metal and glass structure was constructed to become the main entrance to the Louvre Museum after the Richelieu Wing of the Palace, formerly occupied by the Ministry of Finance, was incorporated into the museum. It initially sparked outrage as the selection of the architect had not gone through a competition which is the process for large government-sponsored projects in France.

The stadium was designed by Swiss architects Jaques Herzog and Pierre de Meuron. The world-renowned Chinese artist Ai Weiwei was also its artistic consultant although due to his criticism of the Olympics, he no longer wants to be associated with it. The stadium has a retractable roof and consists of two independent structures. It is also known as ‘The Nest’ because of its appearance. It opened in 2008, only five years after it was started in December 2003. Over 17,000 workers were hired to finish its phased construction.

More than its artistic achievement, the entire site also maximizes renewable resources for its operations. It has a rainwater collecting system, and the purified water is used in the stadium. Pipes have also been placed under the stadium to help regulate the temperature.

Indeed, we have come a long way since the Pyramids of Giza were built. From the blocks of limestone and granite, we now have modern glass sheets and steel. But despite the advancement of materials and technology in constructing state-of-the-art buildings, two things have not changed since ancient times. One is the necessity of a genius who could conceptualize such extraordinary designs and construction methods. Two is the hard labor of thousands of people who toiled day and even into the night to give us these amazing structures.