You might be watching a musical event and be amazed by how the performers’ fingers fall so gracefully on chords like they have lives of their own. Maybe you’re tuned in to a video from the Olympics, and every single athlete has the perfect form, the best agility, reaction time, and everything else.

It’s not just in music and sports but in everyday tasks as well. You might be wondering how drivers make nose-out parking fall in the perfect middle of parking lot stripes. Meanwhile, you’re trying not to hit the car in the next slot–after several attempts.

Some ask themselves why they’re not like those people and how those actions come so naturally. Finding the answer to this is a long shot, but that doesn’t mean there’s no hope for them.

This is quite a popular quote, and there’s science behind it. Well, literally, the brain is an organ, but just like a muscle, it can be developed depending on a person’s activity. Several studies have found a more focused brain activity depending on the level of expertise, a difference in the cerebellum, and enlarged hippocampus.

Another popular finding has proven the plasticity of the brain. This means that the brain has the ability to adapt to a person’s activity, making it capable of change. The change can be best attributed to myelination.

Neurons have their own version of an electrical cable called an axon. Axons are the passageways of electrical impulses from neurons to other neurons.

Like electrical cables, axons have an insulation coating called myelin that prevents loss of energy from the electrical impulses and helping them reach longer distances. This is where practicing makes a difference.

Scientists have found that myelin grows thicker the more you practice. This means that more insulation means stronger and faster passing of neural activity. Because of this, actions become automatic as if the body moves on its own when performing the practiced task.

The Art of Practicing 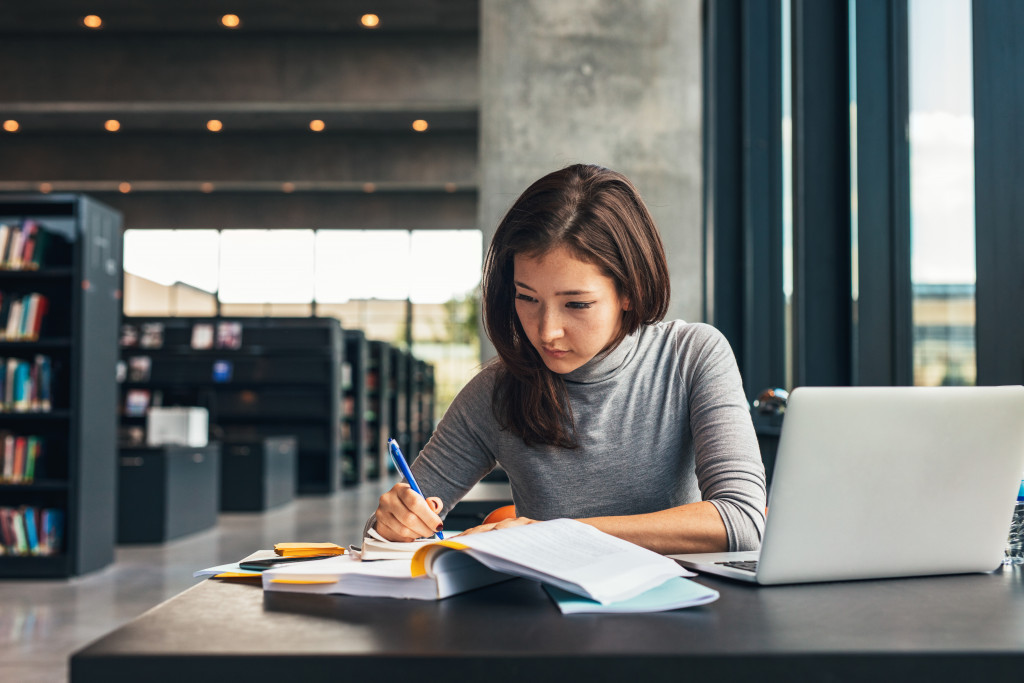 If you want to get better at something, do it over and over again until you see the desired results. When you do this, it’s not just your perseverance that’s at work. All those science-y stuff happening to your brain as you practice takes effect to help you be the best athlete, musician, or driver. You know what they say: Rome wasn’t built in a day.