Your vision, hearing, smell, taste, and touch connects and protects you from the world around you. It is what collects information about the environment that is sent to the brain for the processing which, in turn, tells you to respond. You owe your five senses your survival and the joys that come with life.

However, there is no assurance that you will always have your five senses. Events in your life that lead to your five senses dulling or disappearing altogether. An injury, for example, can leave you blind or deaf. A viral infection can remove your ability to taste and smell. The irritation of nerves can make you unable to experience pain or changes in temperature.

Aging can also impact your five senses. As a person grows older, their five senses become less sharp. They become less aware of their surroundings which leads to an increased risk of injury and lower quality of life.

What Your Five Senses Can Say About Your Health

Your five senses can also determine your overall physiological well-being. In fact, in one study, researchers found that loss of vision, hearing, smell, taste, and touch is a major predictor of health outcomes.

The study started as an assessment of sensory dysfunction which affected the physical and cognitive adults aged 57-58. The researchers discovered that those who had the condition appeared to move slower, and found it challenging to perform simple everyday tasks.

Then, five years later, the researchers revisited the same participants whose condition, by that time, grew worse. They moved even slower, they became less active, and they experienced more physical and cognitive limitations.

They also have a higher risk of dying.

This does not come as a surprise. The five senses can be affected by various health conditions. Sensory loss can be a symptom or a complication of an illness that may or may not be diagnosed.

The loss of hearing can be caused by regular exposure to loud noises. Trauma to the head can also decrease the capability of a person to detect sounds within their environment.

Moreover, it can be a symptom of acoustic neuroma, a benign tumor growing on the vestibular nerve which connects from the inner ear to the brain. Although non-cancerous, it should be checked by a medical professional as soon as possible because it can cause problems with balance and hearing loss.

The tumor grows slowly and, therefore, the onset of the symptoms will be gradual. People will benefit from hearing tests as soon as they start to notice the difference in their sense of hearing.

Other symptoms of acoustic neuroma include tinnitus, dizziness, facial numbness, and, rarely, loss of muscle movement.

The decreased ability to see, or vision impairment, is one of the symptoms and complications associated with diabetes. The presence of high glucose in the blood can cause the swelling of the tissues of the eyes, affecting its focus and lead to blurriness. The sensation is temporary and goes away as soon as the glucose in the blood goes back to normal levels.

However, over time, the disease can damage blood vessels at the back of the eyes which can threaten eyesight. People who have diabetes are at risk of blindness. 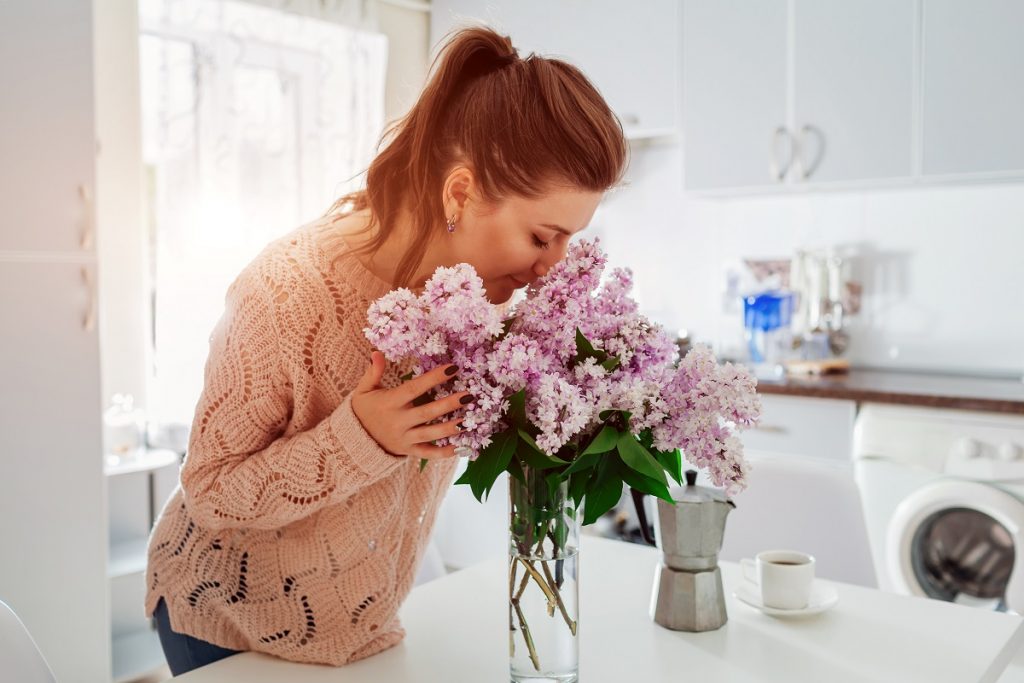 Loss of Smell and Taste

Anosmia is the term used to describe the partial or complete loss of sense of smell. The condition is often temporary and caused by mild illness such as the common cold or allergic rhinitis. COVID-19 was found to also cause anosmia among infected patients.

However, sometimes, it is something else. Anosmia can also be a sign of brain and nerve damage. Scientists have discovered that people who have suffered a stroke can lose their sense of smell. The event can damage parts of the brain associated with it.

Ageusia, on the other hand, is the medical term for loss of taste. It usually happens alongside anosmia because taste and smell are intertwined. According to estimates, the loss of taste happens because of the loss of smell 95 percent of the time.

People who experienced a stroke may also lose their sense of taste and it can be attributed to the loss of smell.

The loss of sense of touch, or hypoesthesia, can happen for several reasons. It can be a result of an injury, can also be a complication from untreated diabetes or a sign of infection.

Lyme disease, an illness caused by a bacteria transmitted by ticks, can cause hypoesthesia among patients. One symptom of the illness is numbness which occurs when the bacteria invade the facial nerve, leading to paralysis of one or both sides of the face.

The five senses play very important roles in keeping one safe from harm. Sensory loss can be devastating and will reduce the quality of life. Moreover, it can be a sign of something else. Changes in the senses should never be ignored.